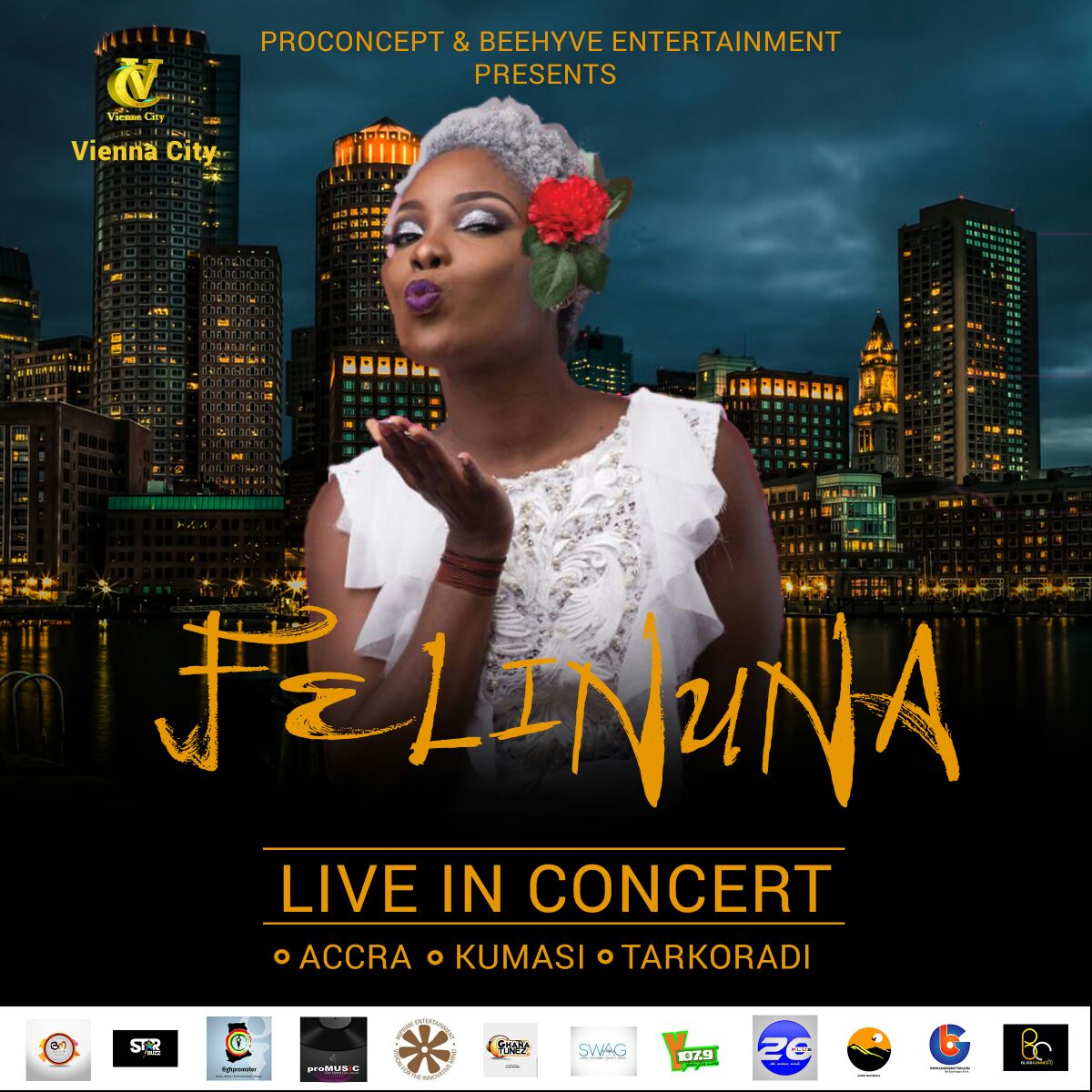 Singer and writer ‘Feli Nuna” is about to hit the road for her first club tour, alongside her friends in the music industry. She’ll kick things off with a release of her new single with “Edem” at Vienna City Accra on 7th April 2017 and will spend three weeks on the road.

The purpose of the tour is to get the “I like Am” hit maker closer to her fans. Feli Nuna has become a fast rising afro-beat songstress with raving fan- base of school kids and young adults. The budding songstress is the first female vocalist to be featured on Coke Studio Africa; she was nominated for Unsung category in the 2016 Ghana Music Awards, and nominated for 2 awards at the 4syte Music Video Awards for Best Discovery Video and Best Special effects video.

— Edem, Adina, Epixode, Article Wan, Winky, Baza, Spicer and Ebony to support the Accra event on the 7th of April.