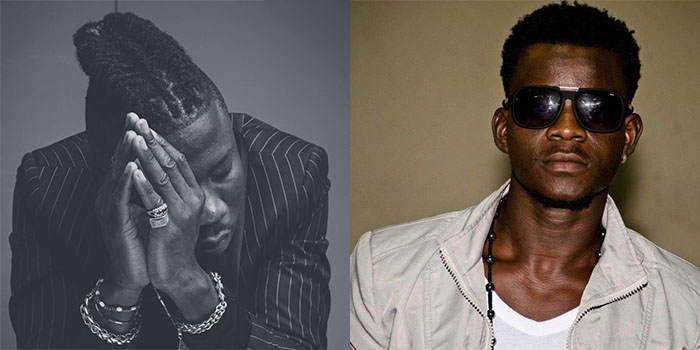 Dancehall artiste Stonebwoy after releasing ‘Migraine’ song on March 11 this year received punches from Jupita in a song the latter titled ‘War’.

Jupita released the ‘War’ diss song because he believes Stonebwoy disrespected him in the single, ‘Migraine’ but the BHiM Nation boss has told MzGee on Hitz FM that there’s no line in his song which was directed at his fellow. According to him, he is not worried that Jupita misinterpreted the song because everyone is entitled to his own understanding of his creative works.

“The song can never be for Jupita. If they take it their own way, that is how they felt at that point in time because they cold have taken it in a positive side as well. The lyrics which was posted on social media was self-explanatory. I’m a writer and composer so I try to always make sense in my songs but if they connect one line to the other and they feel it is directed to them, they have the right to take it like that.

I wasn’t surprised to hear Jupita’s issue because I do not expect him to have the same thought as I was thinking when writing the song. if Jupita is showing that this is how he has taken it, I can’t stop it. Coming from my end, I was never dissing any artiste but just rhyming with words.”

The “Go Higher” hitmaker questioned why Samini was not offended when he mentioned Highgrade in the song Migraine. To him, the Iskoki hitmaker knows that he, Stonebwoy will never disrespect him and that shows how matured he is as a musician.

“Samini could have also said that I was dissing him when I mentioned highgrade to say certain things. As matured as he is, he knows that this guy is not trying to diss me so why would I be angry.”

Stonebwoy continued that he mostly give death ears to diss songs directed at him. When MzGee asked if he has listened to the “War” diss song by Jupita, which was a reply to his “Migraine” single, Stonebwoy replied, “no I’ve not heard and I do not want to listen. It is not fair to listen because there is no war anywhere.”