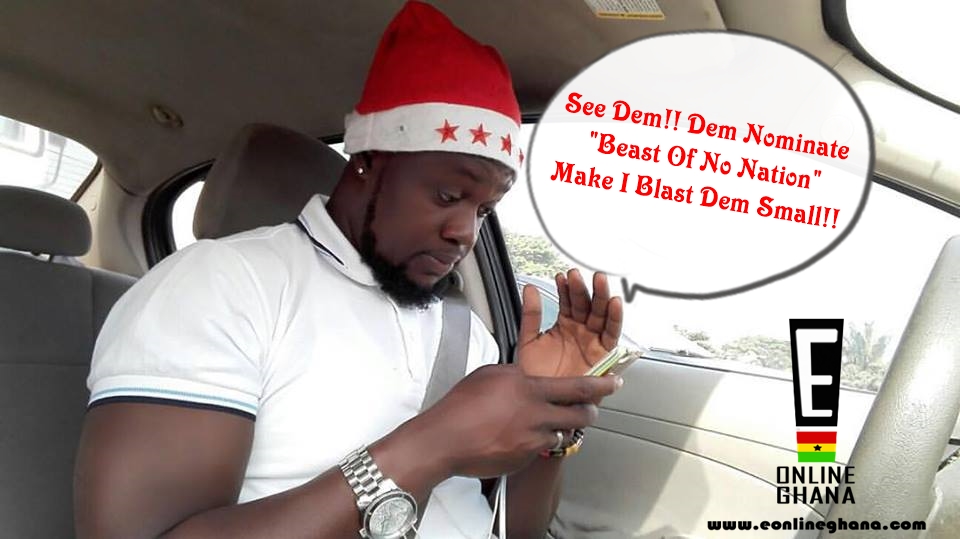 Ghanaian actor-turned-director Eddie Nartey has expressed his displeasure towards the organizers of the annual Ghana Movie Awards for nominating award winning movie “Beast Of Nation”.

The actor questions how the multi-million dollar budget movie could be allowed to compete with locally produced movies — citing it as unfair. He also talks about the movie being shot and produced by a foreign media house and therefore does not deserve a nomination in the Ghana Movie Awards which is meant to honor local filmmakers. Read his frustrations below..

I can’t hold it but express my opinion. GHANA MOVIE AWARDS has done it again just like many expected. I don’t even want to talk about how long I had to wait with several of my colleagues as well as the media before the Nominees Announcement got started. Now how come BEAST OF NO NATION got 15 nominations? BEAST OF NO NATION???????? this 6 million budget dollar movie is now competing with the local movies? I thought it was GHANA MOVIE AWARDS, an event to honor filmmakers locally. Why don’t you put it in the African Movie of the year category since I consider it as an international movie? This is so unfair to the young ones who are on the field trying to make this industry stand with the little in them. If you want to award BEAST OF NO NATION because it was shot here in Ghana then do it in a different way but don’t let it compete with Our local movies. It’s quite unfortunate that a couple of actors and actresses have worked so hard this year and are not appreciated with even nominations. THIS IS SAD. I don’t blame the organizers that much but the very actors and actresses who will complain behind close doors and be mute in the open about such issues. If you want a change, then be part of creating that change. It’s just a SHAME

However, Fred Nuamah, the founder and CEO of the Ghana Movie Awards argues that the movie qualifies since it was ‘produced by a Ghanaian’.

He cited Tony Tagoe and Danny Damah as the producers of the movie, thus the reason why Beasts Of No Nation qualified for the award. The two were therefore nominated for the Best Picture nod. The film’s IMDb page lists Daniel Damah as a line producer for Ghana, and Tony Tagoe as co-producer.