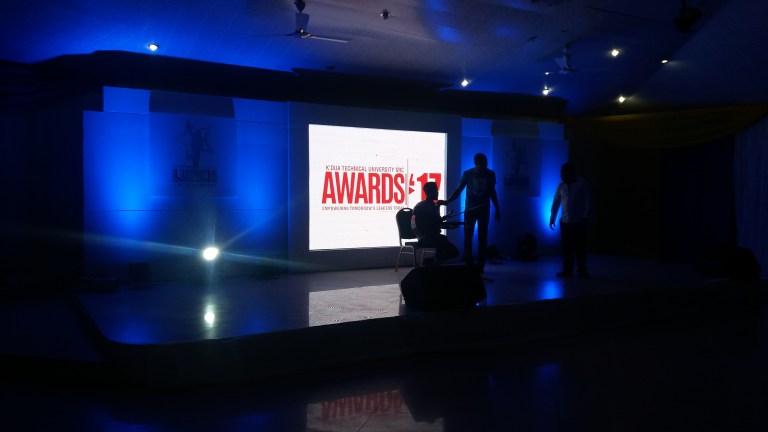 The awards show which is in its second year saw a number of students pick up several awards for their contribution to making society a better place.

A citation in honour of Chief Abrekyireba Kofi Sammy who was presented the Lifetime Achievement award read,

“For continued outstanding education towards excellence, artistry and service to the development of highlife and revolutionary highlife music in West Africa”.

Others categories also honoured individuals for their outstanding academic performance.

The awards show had a spice of music performances as Keeny Ice, B Ryt, Lord Paper, Ebony and several others took turns to entertain the patrons.

Hosts of the awards, Mawuena and radio personality KMJ were fun to watch as they keep the show moving smoothly.

The KTU SRC Awards was organized by Lumen Entertainment with sponsorship from Kaya Tours and media support from www.nydjlive.com, Star Buzz, Jonilar and others.

Check out the full list of winners from below.

Most Entertaining Student of the year (Male) – Dennis Bossoh (Qwaku)

Most Entertaining Student of the Year (Female) – Bless Agbeshie

Most Fashionable student of the year (Male) – Ashraf Jambo Awudu

Check out Ashanti and her mum looking like sisters (photos)