We decided to go on a break – Suzzy and Matt 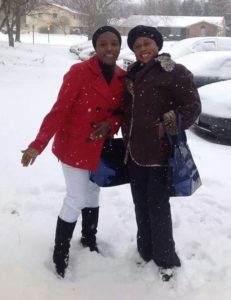 After so many years of going on a musical break, music duo Suzzy and Matt are ready to serve gospel lovers with their lovely voices and sizzling performances this year and beyond.

Suzzy confirmed to Flex newspaper in an exclusive interview that the group has not collapsed but they deliberately went on a break and will soon bounce back with a new song. Explaining why the group has been silent for close to a decade, she said: “Matilda now resides in Canada and I am in Ghana that is why Ghanaians didn’t hear from us all this while.”

“We were taking care of our family that is one of the main reasons we haven’t been out after getting married in 2008 but not to also say marriage separated us,” she disclosed. Suzzy and Matt, a dynamic music group who inspired many with songs such as: Ka Kyere Me, Ekye Koraa Ebaba Mu, Merenhinhim, Yema Woso and many others confirmed to Flex newspaper that they will come out soon despite the long break as a duo early this year so Ghanaians should expect something new from them.

Suzzy also confirmed that, they are in the studio recording. “We are not out of the music industry. I am doing music in Ghana and Matilda is also doing it in Canada so we are still in the system,” Suzzy disclosed. She added that for the time being, she will be coming out with her songs and later come out with Matilda as a group. “I am doing my solo project and she is also doing her best at Canada,” she said.

When asked the work they do aside music, Suzzy disclosed that she sells shoes, bags and other accessories but declined speaking for Matilda. She debunked the rumors that they clean and wash for the whites when they travel abroad. Finally when asked her opinion about the current state of the gospel fraternity, she said Ghanaian gospel music is going on well and I am excited to be part of it.