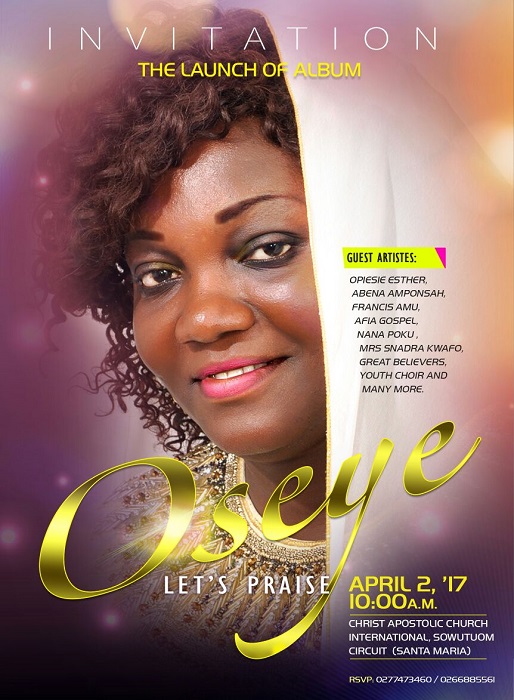 In less than few weeks, Ghana’s gospel music industry is about to witness another sensational and inspiring gospel artiste in the person of Naomi Adjei who is poised to release her album dubbed “Oseye”.

For over 5 months, the ‘Mmrane Se Wo’ hitmaker has been seriously working behind closed doors on her 7-track album which is a collection of soul-inspiring and motivational songs

Speaking to Ghanaweb, Mr. Adjei said the new album is the third after her two albums – “Onim and Mehyira Wo”.

She promised fans that their wait shall not be in vain as the new album they will soon be hearing is of glorious quality.

The album contains inspirational and soul-soothing songs; and most of them can be considered as good, with the fusion of sweet rhythms and danceable beats.

The instrumentation, as well as the backing vocals make the songs on the album extraordinary.