Ghanaian striker, Jordan Ayew scored his fourth Premier League goal of the season as Crystal Palace drew 2-2 with Arsenal on Sunday evening at the Emirates Stadium.

The 28-year-old had been without a goal since October 5 when his side defeated West Ham United 2-1 at the London stadium.

On that occasion, he scored his third goal in six league matches, which equalled his tally from his previous 32 games in the competition.

The former Swansea City striker took his tally further this time when he latched on to James McArthur’s cross in the 52nd minute and powered in a fine header to bring his side level at The Emirates.

4 – Jordan Ayew has netted four goals in his last eight Premier League games, as many as he managed in his previous 34. Comeback. #ARSCRY 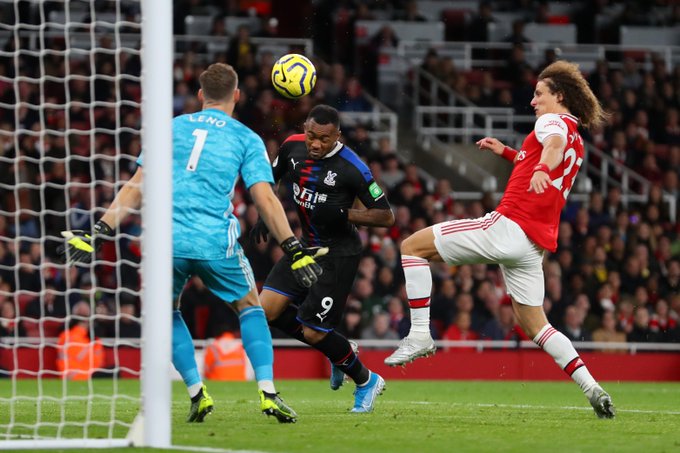 89 people are talking about this
Jordan has now scored four goals in his last eight Premier League matches, matching the tally he had in his previous 34 appearances.

Sokratis and David Luiz gave the Gunners an early two-goal lead before Luka Milivojevic halved the deficit from the penalty spot.

However, Ayew was replaced by Christian Benteke in the 81st minute of the encounter, having had two shots, 34 touches on the ball, 16 accurate passes (88.9%), and also winning six of nine ground duels, and five of eight aerial duels.

More so, the Crystal Palace fans were impressed with Jordan’s performance and chanted his name.

Jordan was also voted as the eToro man of the match.

🏆 You voted Jordan Ayew as yesterday's @eToro Man of the Match!#CPFC

The Aftermath Of Being ‘Born-Again’ : Kanye West Bans 6-Year-Old Daughter From Wearing Makeup And Crop Tops