Kelvynboy Reacts To Being Axed From Stonebwoy’s Burniton Music Group

Kelvynboy has reacted to being sacked from Stonebwoy’s Burniton Music Group.

His reaction is not what many expected. Well, maybe Kelvynboy decided to go with the “in all things, give thanks” mantra.

Via an Instagram post, the former “body body” of Stonebwoy uploaded an old video of him singing Gospel from his band boy days.

In a recent tweet, the Burniton Music Group indicated that the label has parted ways with the singer. Considering the recent misgivings which occured between Kelvynboy and Stonebwoy, this didn’t come as a shock news.

According to the statement, the company took the decision due to the Burniton Music Group audit of its relationship with its officers and associated acts.

The Burniton Music Group explained that Kelvyn Boy’s one (1) year contract with the group expired in January 2019.

However, due to the conduct of Kelvyn Boy during his tenure with BMG, they opted not to extend his contract and hence decided to axe him. 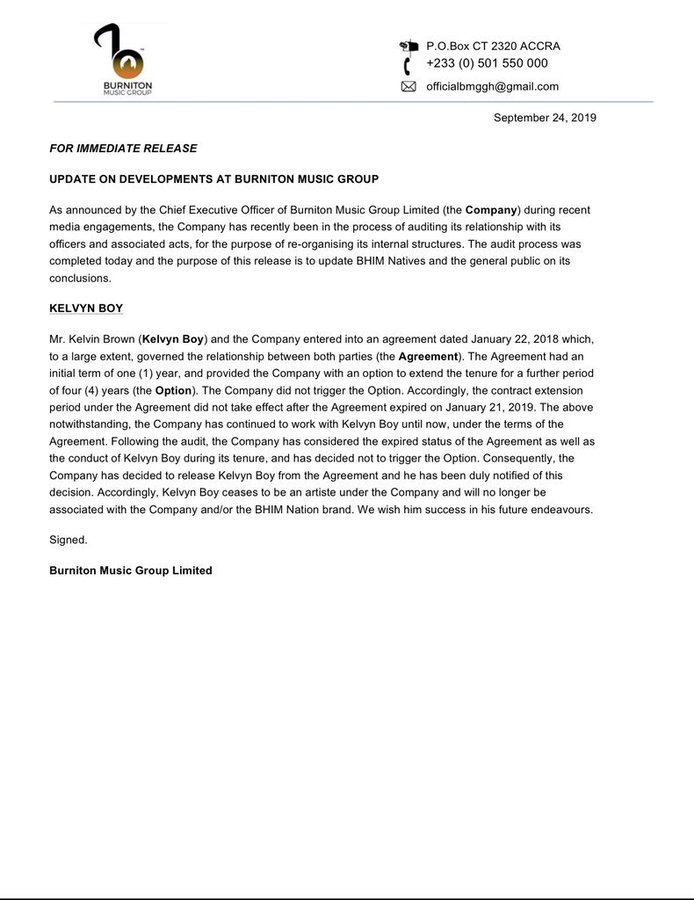 Mo Salah Deletes Egypt From His Bio Because Representatives Of His Country Failed To Vote For Him During FIFA’S The Best Awards?

Homechow Expands to the Ashanti Region