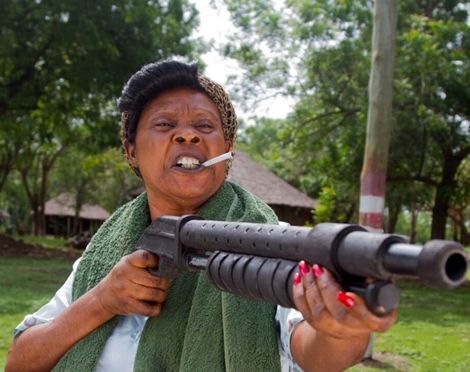 Veteran actress, Grace Omaboe has dispelled rumours that she suffered heart attack on a set of an upcoming movie.

According to her, the character she was playing required she smokes but had some difficulties doing it but eventually, she was able to do it.

“I have never smoked before so I coughed when I did it the first time but the director, Kofi Asamoah taught me and I was able to do it. I did not suffer any heart attack” he stated.

News went viral that the veteran actress had collapsed on set while shooting a movie entitled ‘John & John’ produced by Kofas Media.

According to Nkonkonsa.com, Maame Dokono as he is popularly called reportedly collapsed on set while shooting causing panic among the cast and crew.

They noted that, the Obra actress has since been hospitalized at a private health facility in Accra currently receiving medical attention.

But on Adom News Friday, the veteran actress dispelled the rumour describing it as palpable false.

She indicated that, after shooting the movie, she stayed at the hotel for about two weeks before returning home.

Maame Dokono who recently lost her mother urged Ghanaians to treat the false rumour with the contempt it deserves.

Formula One: Lewis Hamilton 'in league of his own' after practice blitz