However, they left the St James’ Park with no points and hope.
After going 90 minutes against AZ Alkmaar without registering a shot on target on Thursday, it took United 40 minutes to test Martin Dubravka in the Newcastle goal.

Andreas Perreira’s 25-yard effort was never in danger of finding the back of the net, though.

Minutes later, Harry Maguire really should have found the back of the net.

He was totally unmarked from a corner but SOMEHOW headed wide.

, should be 1-0 United.
That said, he has been class defensively.

39 people are talking about this

And United were made to pay with less than 20 minutes remaining.

From a counter-attack, Jetro Willems teed up Matthew Longstaff who smashed a brilliant 20-yard strike past David de Gea.

The 19-year-old was making his debut alongside his brother, Sean, and his all-round performance was magnificent.

What a moment for Matty Longstaff! The youngster gives Newcastle the lead on his Premier League debut, beating David De Gea from 20 yards! 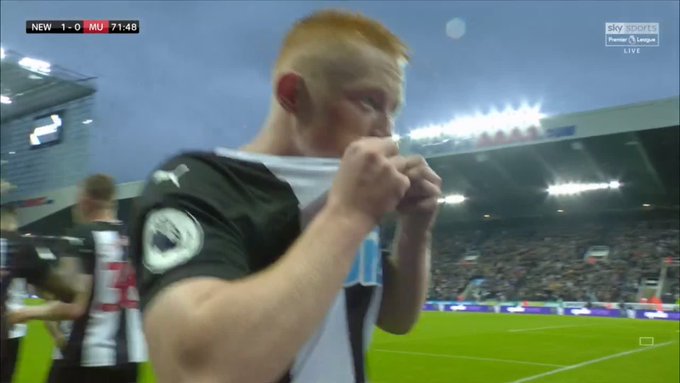 783 people are talking about this

While it was a great win for Steve Bruce’s side, we need to speak about United’s recent form.

They have now scored just seven goals in their last 10 matches since their 4-0 victory against Chelsea on the opening weekend of the season.

They’ve also failed to win since March 6 – when they beat Paris Saint-Germain 3-1 in the Champions League. It was that remarkable victory that effectively saw the club hire Solskajer on a permanent basis.

They have five wins in their last 23 matches – a stat which says it all. And they now find themselves in 12th in the Premier League.