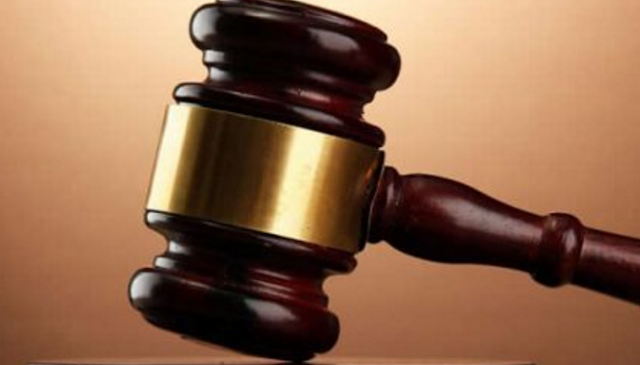 An estranged wife, Kafilat Olapade, has approached an Agege Customary Court, Lagos to dissolve her 20-year-old marriage which had produced no child due to her husband’s low sperm count.

Thirty-seven-year-old Kafilat, a food vendor, said she married her husband, Munirudeen, traditionally in 1996 but that different tests had shown that he had a low sperm count.
She said,

“What made me stop loving him was when I found out that he had been sexually abusing my sister. I confronted him and he confessed but promised not to do it again.”

“Anytime he left the house, he would drop N200 for feeding despite the economic hardship. When I complained he increased it to N1,400 per week. I noticed that anytime he returned home from work, he bought food in a nylon for himself alone.
“Now he does not even drop money to buy foodstuffs anymore while we split the electricity bills.”

Kafilat told the court that she found out her husband has three children with another woman when they went for the burial of one of his relatives in Osun State.

She explained that she accepted that fact as part of her fate.

“I packed my belongings out of his house on December 22, 2016 and the day I was about to leave, I told him about it and he prayed for me. I also prayed for him too,” she said.

On the basis of this, she pleaded that the marriage be dissolved.

Fifty-seven-year-old Munirudeen, a commercial motorcyclist, denied all the allegations made against him.

He said that since they got married, Kafilat had got pregnant once but that she had a miscarriage in 1997 after which they tried unsuccessfully to have another child.

“There is usually no electricity and the place I charge my phone in the house is where she slept. When I wanted to take my charger, my hand mistakenly touched her breast. I did not sexually abuse her.”

But Munirudeen admitted to having children with another wife in their village in Ede, Osun State.

“I met the woman when I went to the village on visit. She looked beautiful and we spoke and one thing led to another, we had sex and she got pregnant afterwards. She has three children for me,” he said.

However, he pleaded that he still loved his wife and pleaded with the court not to dissolve the marriage.

The President of the court, Dr. S.O Whenu, adjourned the case till April 25, 2017 for judgment.

He told the couple to keep the peace pending the outcome of the court proceedings.

eonlineghana.com | Credit: Misspetitenaijablog.com | My Husband Who Claims To Have Low Sperm Count Is Father To 3 Kids – Aggreived Wife