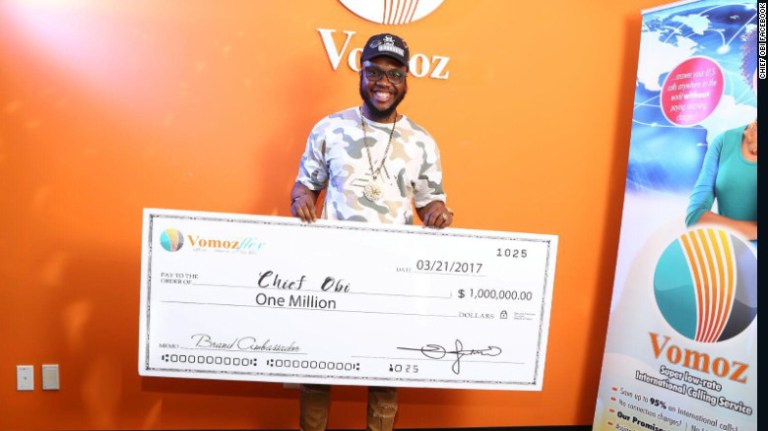 Henry Obiefule has been making others laugh with his internet skits, but now he’ll be laughing all the way to the bank after signing a million dollar deal.

“I have been endorsed as the first ever Vomoz Communications Brand Ambassador,” the Nigerian comedian announced on his personal social media account, Wednesday.

Obiefule commonly known as Chief Obi, is popular for his comical portrayal of a stereotypical Nigerian dad.

When you try to outsmart your dad but he shows you he has done these things even before you were born! #ChiefObi #ForeignLanguage #LikeFatherLikeSon #Amitooofooo #Chinese Tag your friends that can relate! Background Song: Gimme Dat by @izzlax For Bookings: [email protected]

Obiefule start making videos on the platform ‘Keek’ in 2012. “My first video was just a regular goofy video,” he told CNN. “People liked it and demanded I did more so I continued. From ‘Keek’ we moved to ‘Vine’, from ‘Vine’ to ‘Instagram’.

He now has more than two hundred thousand followers and has featured in videos of prominent artists like 2Face, Olamide and Jidenna.

Despite the million dollar deal the funnyman shows no signs of slowing down. “The future holds a lot,” he said. “I can’t even begin to explain the things we have in store right now.”

“By the grace of God I plan on taking African comedy to the next level. Like an all round entertainer. Think of like the Jamie Foxx of African comedy.”

Rita Dominic Slays In All Black