One person arrested over Delta Force attack in Kumasi 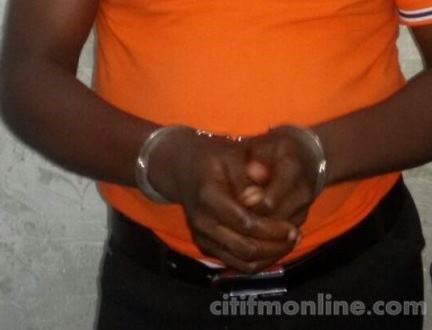 Police in the Ashanti Region have arrested one person in connection with the attack on the Regional Security Coordinator, George Adjei.

The suspect, Kwadwo Bamba who is believed to be the organiser of the vigilante group Delta Force, stormed the premises of the Ashanti Regional Coordinating Council with some thugs, demanding the removal of Mr. Adjei.

The group said they cannot work with Mr. Adjei who was recently appointed by President Akufo-Addo, because he did not contribute to the party’s electoral success.

A statement from the Ghana Police Service said the suspect is currently assisting the Police with investigations.

“We have made one arrest in the person of Kwadwo Bamba. An auto mechanic. He is in our custody assisting with investigations. We are just assuring the public that we will make sure that whoever was involved will be picked and assist in investigations.”

The NPP’s election victory in 2016 was followed by widespread reports of people believed to be NPP supporters taking over toll booths, public toilets and other state installations.