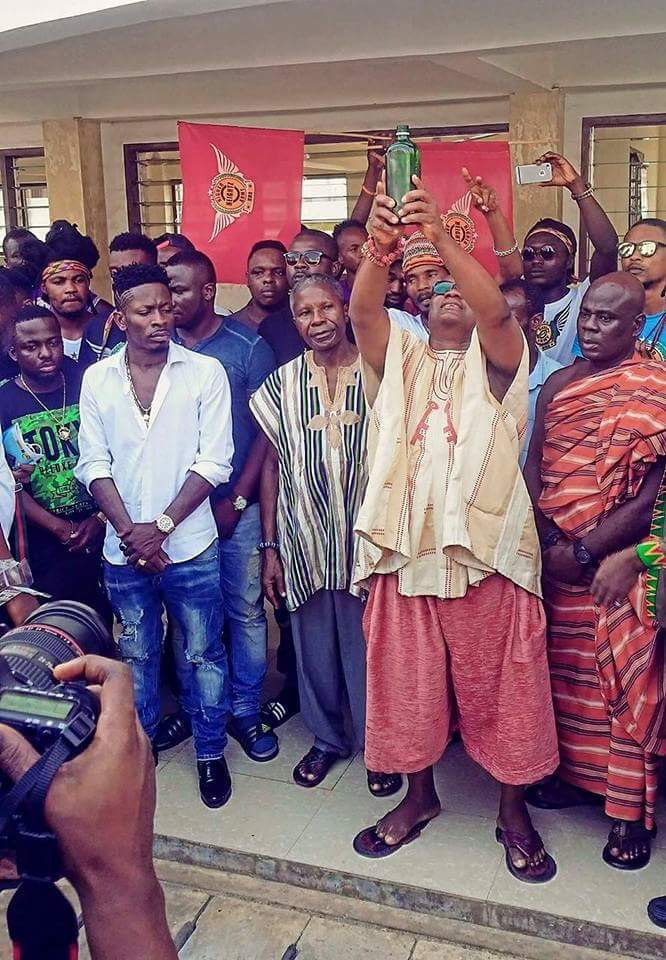 Ghanaian dancehall artist Shatta Wale has been fined GHC10,000 (equivalent of $2,500) by Nananom of Oguaa Traditional Council in the Central Region of Ghana.

What was expected to be an exciting morning ahead of a scheduled musical concert at the Cape Coast sports stadium turned sour as headline artist of the concert, Shatta Wale, was charged GHC10,000 for appearing late to a meeting scheduled between himself and the traditional leaders in Cape Coast.

According to cape360gh, Nananom of Oguaa Traditional Council felt disrespected after sitting back for almost 3 hours waiting for the dancehall artist hence hitting him with a GHC10,000 which according to them will only to serve as a deterrent to others.

The site also reports the delay was through no fault of Shatta Wale but one Josiah who could not communicate appropriately with the authorities as to when the team from Accra would arrive in Cape Coast.

Not only was the Kakai hit maker hit with a fine. He was also asked to pay up for two sheep and 6 bottles of schnapps.

It is unknown if Shatta Wale and his team paid the amount but we are reliably informed Nananom poured libation and blessed the artist ahead of the concert. They also assured him of an incident free concert.

Typically in our traditional setting, anyone visiting a city for any major event is expected to pay homage to the chiefs of the locality hence an the planned meeting between Shatta Wale and the traditional council.
This Story Was First Published On Nydjlive.com