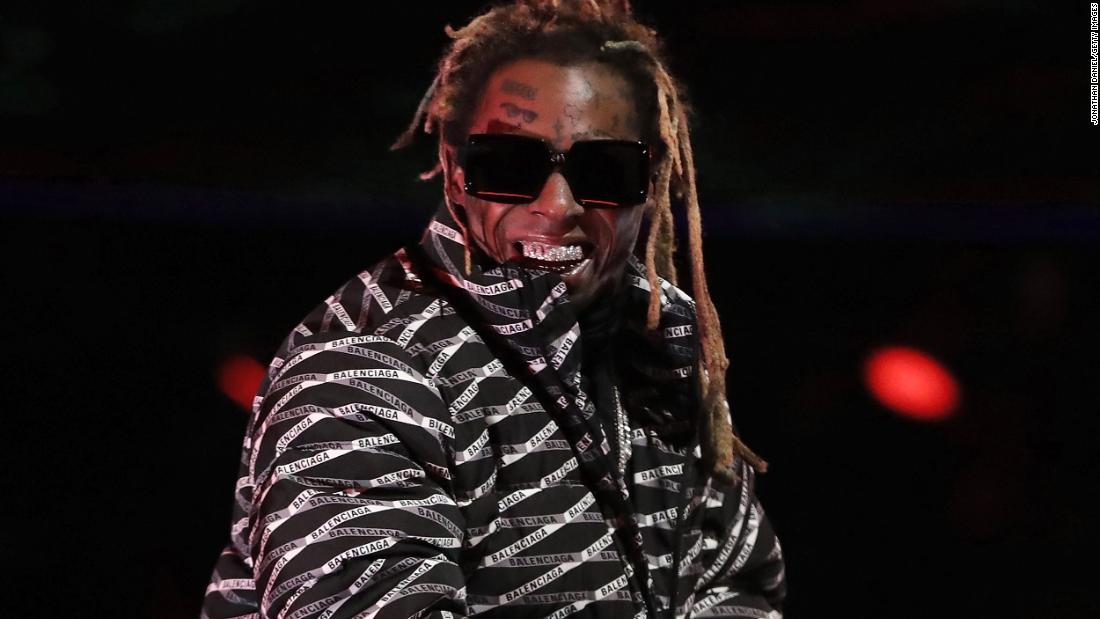 The White House announced early Wednesday that President Donald Trump has granted a pardon to rapper Lil Wayne and a commutation to rapper Kodak Black, two of the raft of pardons and commutations on his final day in office.

"President Trump granted a full pardon to Dwayne Michael Carter Jr., also known as 'Lil Wayne,'" the statement from White House press secretary Kayleigh McEnany read. "Mr. Carter pled guilty to possession of a firearm and ammunition by a convicted felon, owing to a conviction over 10 years ago. Brett Berish of Sovereign Brands, who supports a pardon for Mr. Carter, describes him as 'trustworthy, kind-hearted and generous.'"

The decisions mark another example of Trump rewarding someone he perceives as loyal. Trump, who has been largely lambasted by Hollywood during his tenure in office, has relished praise from celebrities and is rewarding the rapper, also known as Dwayne Carter, who expressed support for his campaign in the final days of the 2020 campaign.

Lil Wayne, a multi-platinum artist and record label founder who has won five Grammys, pleaded guilty to illegal gun possession on December 11, 2020, after a December 2019 arrest, and was facing up to 10 years in federal prison as he awaited his sentencing later this month.

Kodak Black, whose real name is Bill Kapri, was sentenced to more than three years in prison on weapons charges in November 2019. He pleaded guilty in August 2019 to knowingly making false written statements when trying to acquire firearms from a federally licensed firearms dealer.

Lil Wayne Has Been Charged With A Crime, Faces Up To 15 Years In Prison

Lil Wayne could be facing major prison time stemming from a 2019 incident at a Florida airport. According to a report from TMZ on Tuesday (November 17), the United States Attorney for the Southern District of Florida has charged Weezy with one count of possession of a firearm and ammunition by a convicted felon. The charge stems from a December 2019 […]

Top 10 Most Hated Musicians In America

They are successful,envied and hated. Today EonlineGhana.Com counts down the top 10 most hated artists in America. Just for the record, we’re not saying we hate these artists, but in some cases we can understand why people do. One thing is for sure, if these artists decided to stop making music, very few people would […]