I am the current dancehall queen – Ebony Reigns 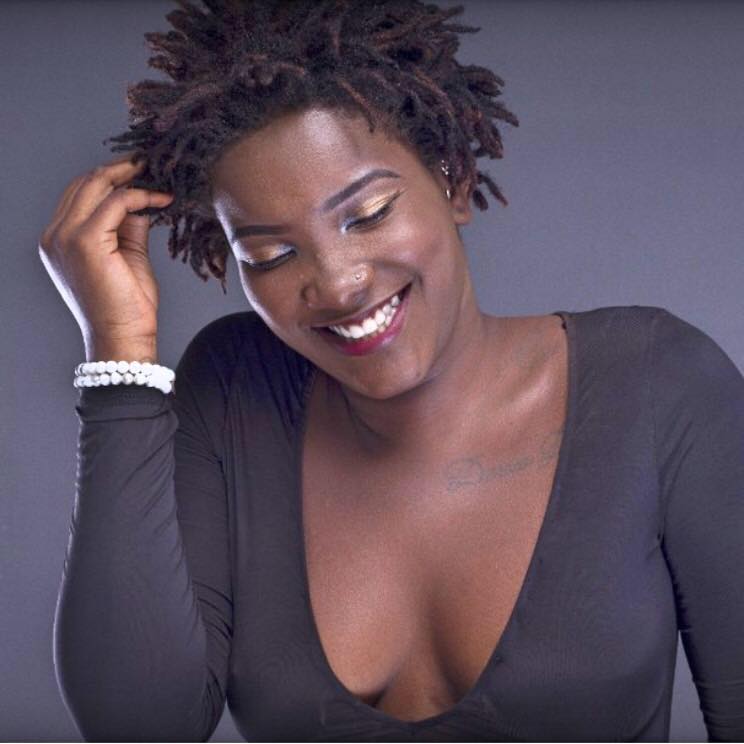 Sultry Ghanaian musician, Priscilla Opoku – Kwarteng better known in showbiz circles as Ebony Reigns is a twenty-two year old female dancehall artiste who for some time now has been serving good music both on TV and on radio.

She has become a force to reckon with after she broke into the music market with her Kupe single last year. One thing that will make you listen to her songs over and over again is her soothing voice which undoubtedly is an asset every musician longs for. Three weeks ago, the self-acclaimed ‘badgyal,’ released her latest single Poison which currently is the favorite dance hall song of many Ghanaians.
In an interview with Flex newspaper, the Kupe and Poison singer together with her manager Bullet of the RUFF N SMOOTH fame, made some revelations to Flex reporters.

Bullet, better known as Ruff explained to Flex newspaper how she met Ebony and his willingness to work with her as an artiste.
“Last year, I opened my record label RUFF TOWN RECORDS and was looking for young talents to work with and MC Ogee of YFM said she knew a girl who was good and so I told him to give my number to her. She called me and I told her to send me a voice note of her singing. She did and when I listened, I signed her the next day. So she got a record deal through voice note” the musician cum manager had stated.

When Flex reporters asked the Poison hit maker, Ebony, why she exposes certain parts of her body to camera calling herself a ‘badgyal,’ she explained that “yes, I am a bad girl and don’t want to hide it, I want to be real and I want my fans to accept me for who I am and not what I am not. I am a natural born BADGYAL”.

When asked how she sees herself performing in the female dancehall female fraternity, Ebony stated that, she sees herself as the current reigning dancehall queen and no one can compete her. “I am ruling already. Poison came out three weeks ago and it’s already a hit song, I am currently the ruling dance hall queen,” she said.

She mentioned Kaakie as one artiste she respects so much and also promised her fans to look up for more international collaborations this year and years to come.
This Story Was First Published On Flexgh.com

PHOTO: Nana Ama McBrown Looks Totally Amazing In Short Hair And You Need To See This