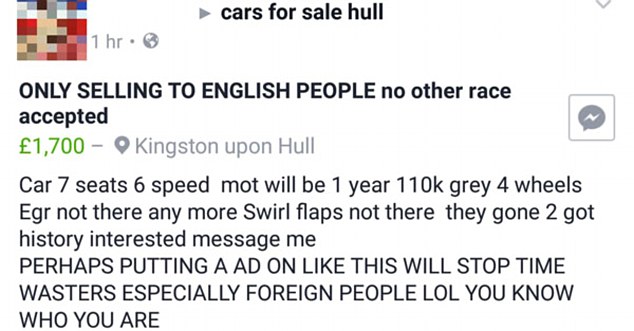 A car owner has been tagged a racist after he tried to sell his Vauxhall seven-seater via a Hull Facebook group ‘to English people only’ .
The controversial post, taken down after a complaint was made by another concerned Facebook user and Humberside police have said it would have been investigated as a potential race hate incident.
When contacted, the unnamed man said he has a right to sell his car to whomever he wants. 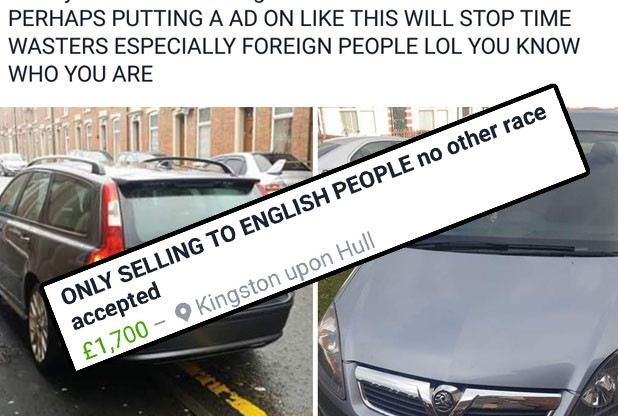 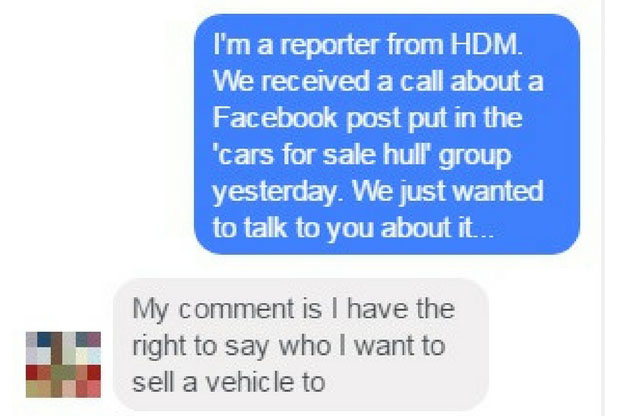