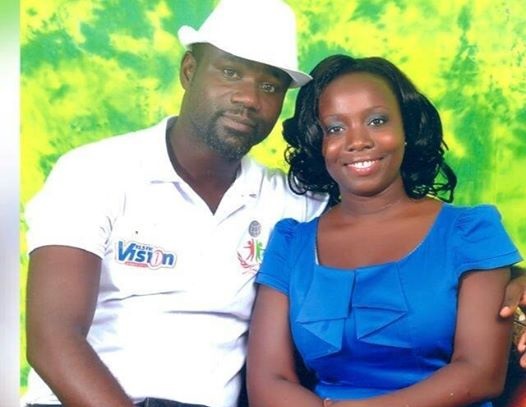 Nana Yaw Sarfo, host of Ghana Beye Yie on Vision 1 FM loves and cares for his wife so much that he will not trade her for anything.

Not even Ghana Beye Yie, the mid-morning show he handles at 9 am to 12 noon on Monday to Friday which means so much to him and currently one of the most listened to programmes on the air waves.

He told Showbiz he is ready to let go of the radio programme if he has to choose between the former and his wife, Janet Owusu Sarfoh.

“I know many Ghanaians listen to me and will be disappointed if I quit my work for my family but I wouldn’t think twice about doing that. Choosing work over family will be suicidal.

“My wife, Janet has been there for me through thick and thin. She resigned as the senior PRO for African Mining services where she earned close to Gh¢ 7,000. She had to stay home to take care of our kids. If she was able to that for us, why shouldn’t I do same for her” he queried.

According to Nana Yaw, the fame he is enjoying now is due to serious prayers by his wife. “I believe my wife is the reason why I am alive today. She is very prayerful. In fact, my wife and family only come second to Almighty God. I don’t exist without them” he added.

Nana Yaw who has been married for six years said marriage has not been easy for him despite the strong love he has for his wife and kids.

“Any who tells you marriage is all fun is telling lies. We have had our challenges but we try as much as possible not to let any problem destroy the beautiful relationship we have together and that I believe has helped us a lot” he said.

Janet who was by him during the interview told Showbiz her husband is the most wonderful thing that has ever happened to her and enjoy being supporting him. “I support him a lot with prayers and I sometimes assist in his administrative work too,” she said.

The couple is blessed with three children.