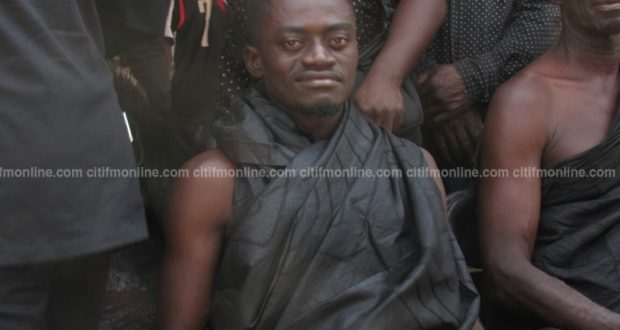 The Asante kingdom is performing the burial rites of the late Asantehemaa this week. The public has been given the opportunity to file past the body of the queen mother which has been laid in state since Monday. The filing past will go on until Thursday. President Nana Akufo-Addo, former UN Secretary General, Kofi Annan, former President John Agyekum Kufuor, the British High Commissioner to Ghana, Jon Benjamin, and a host of other dignitaries, were at Manhyia on Monday to pay their last respects to the late queen-mother. Asantehemaa, Nana Afia Kobi Serwaa Ampem II, died at the age of 111 in November 2016, and will be buried at Breman on Thursday. Sarkodie and EL spotted together in the studio