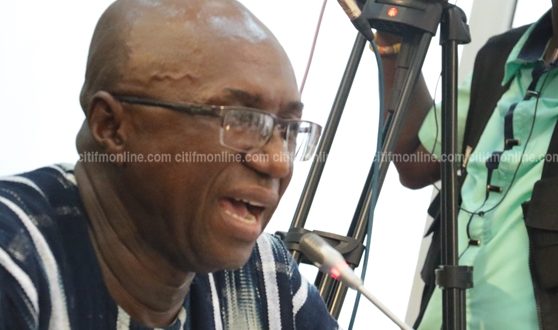 He was answering a question on the floor of Parliament last Thursday on the security of the President in view of last Wednesday’s attack near the Houses of Parliament in the United Kingdom (UK) that led to the death of four people, including the attacker.

Mr Dery said the security personnel at the Presidency would receive further training to enhance their capacities.

He added that security was a collective responsibility, and therefore asked all to collaborate with the security agencies to enhance their work.

Mr Dery later told journalists that security measures would be improved at Parliament House to improve security for MPs.

The MP for Okaikoi Central, Mr Patrick Yaw Boamah, said the UK’s attack was a wake-up call for the security of Ghana’s MPs to be enhanced.

For instance, he said, the security situation in the House was so relaxed that people with an ulterior motive could easily access the place to unleash mayhem on legislators.

Speaking with journalists, Mr Boamah said MPs were representatives of people, hence the need for their security to be taken seriously.

He said MPs should be assigned security personnel in their respective homes to protect them against attacks.

According to Mr Boamah, it was not every Ghanaian who would get the privilege of serving his people as an MP.

Mr Boamah, who is the chairman of the Foreign Affairs Committee of Parliament, expressed solidarity with the government and people of the UK on the recent terrorist attack in that country.

He condemned the attack, which led to deaths and injuries to several people and gave an assurance that, “Ghana is with the UK in these trying moments in the country’s democracy.”

Ini Edo steps out in style