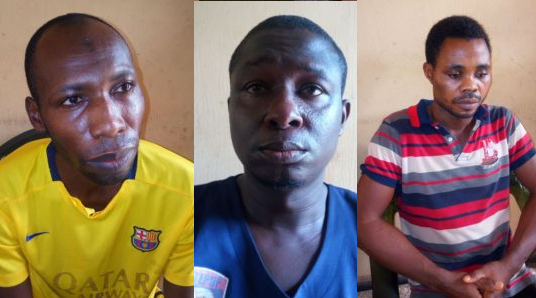 The Edo State Command of the National Drug Law Enforcement Agency has arrested two suspected cannabis barons with a remarkable seizure of 18,294kg, which is 18.2 metric tons of dried weeds that tested positive for cannabis.
The estimated street value of the seized drug is over N183 million.

A Bauchi State-based suspected cannabis baron, Mohammed Lawal Bello Mustapha, was apprehended at Uzebba, Owan West Local Government Area of Edo State, where he was facilitating the shipment of 7,272kg of cannabis to Bauchi, while 3,072kg of cannabis was traced to the warehouse of another suspected baron, Lucky Akele, at Uzebba.

About 7,950kg of cannabis with few bags of cement as a disguise inside a Dongote truck was intercepted at Enweh.
The shipment was destined for Maiduguri, Borno State.The truck driver was identified as Zegiru Amadu.
The Edo State Commander of the NDLEA, Wakawa Buba, said that the 18,294kg of cannabis were seized in three operations.
Buba said:

“Two of the seizures took place at Uzebba, while one was at Enweh, all in Owan West Local Government Area.
“All the cases are under investigation and the suspects will soon be charged to court for unlawful possession and dealing in cannabis.
“They risk a minimum of 15 years sentence if found guilty.” 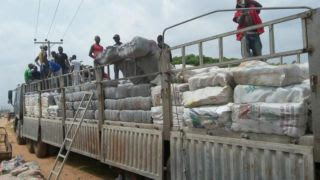 The Dangote driver in his statement said the was given N1.3 million to transport the drug to Maiduguri, Bornu State.
Amadu said:

“I am a driver with Dangote Cement Company.“It is greed that made me to carry the cannabis.
“They paid me one million three hundred thousand naira (N1,300,000) to carry the drug.
It is because of poverty, but l will not do it again if released.”

The NDLEA Chairman/Chief Executive, Colonel Muhammad Mustapha Abdallah (retd), while commending the arresting officers, described the seizure as a panacea for peace and positive step towards eradicating drugs from circulation.
Abdallah said:
“The NDLEA will continue to work assiduously by consolidating on the gains recorded in the fight against insurgency.

“Over 15 tons of cannabis would have been taken to the North East if not for the timely interception.
“Several crimes are perpetrated under the influence of drugs like cannabis and the Agency will not rest until the problem of cannabis cultivation, trafficking and use is drastically reduced.”
The Agency, according to the NDLEA boss, has declared a total war against cannabis cultivation and promised to deploy adequate resources towards a successful eradication campaign.

The Agency also thanked the management of Dangote Group for its assistance in arresting the truck driver after he fled, leaving the truck load of cannabis.

Uche Jombo steps out in style

Ife Crises: Why We arrested only Suspects of Yoruba Origin-IGP