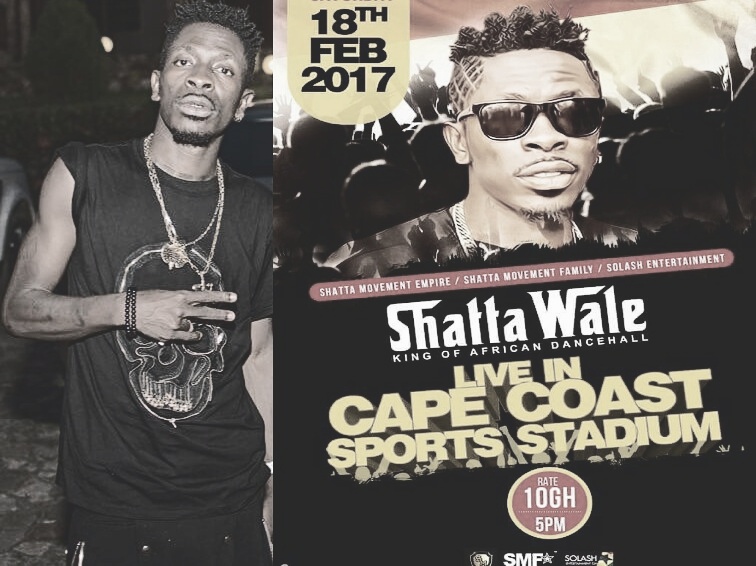 Dancehall singer Shatta Wale will perform to thousands in his second stadium this year since Tamale on New Year’s Eve. He will be at the Cape Coast Stadium on February 18, headlining an unprecedented concert in the region.

Dubbed “Shatta Wale Live in Cape Coast Sports Stadium’, the show will see Shatta Wale (born Charles Nii Armah Mensah) perform from his extensive catalogue, including from his commercially successful After The Stormalbum, as well as ample mixtape material.

This Story Was First Published On Enewsgh.com