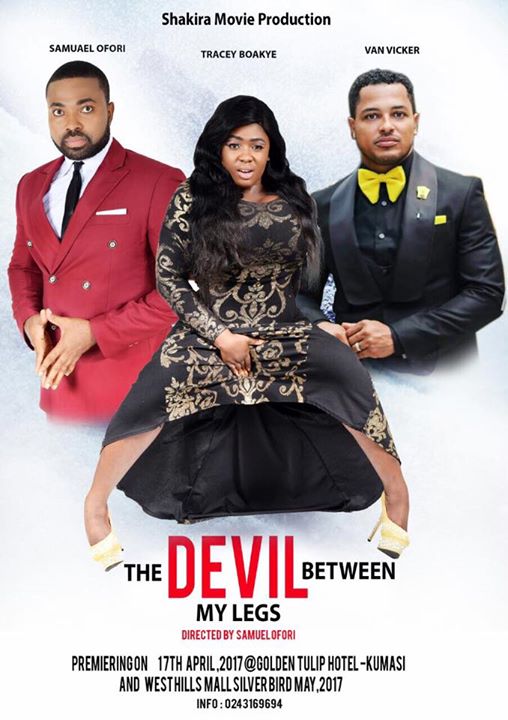 Actress and producer Tracey Boakye has changed the poster for her new movie ‘The Devil Between My Legs’ which premieres at the Golden Tulip Hotel in Kumasi on Easter Monday.

Zionfelix.net reported weeks ago about Ghanaians mocking the actress on social media platforms for stealing the design of David Frankel-directed movie, ‘The Devil Wears Prada’ poster for the new movie. The CEO of Shakria Films after becoming a laughing stock has redesigned the poster for the yet-to-be-premiered movie.

Speaking to Zionfelix.net after she was busted for copying the exact design of another movie for her film ‘The Devil Betwen My Legs’, she explained that the said poster was not the final work but just a teaser.

The movie ‘The Devil Between My Legs’ directed by Samuel Ofori features stars like an Vicker, Tracey Boakye, Samuel Ofori, Kani Gloria, Jessica Williams, Louisa Adinkra and many others.

Below are photos of the the old poster for T’he Devil Between My Legs’ and ‘The Devil Wears Prada’ movies.