Lead Counsel for the petitioner in the ongoing election petition hearing Mr. Tsatsu Tsikata on Monday, February 15, apologized to the Chairperson of the 1st Respondent in the case, Jean Adukwei Mensa for saying in court that she sunk low.

Making a case for their move to subpoena her to testify, Mr Tsikata said in court that “To talk about grievances of being served tea respectfully that is such a lack of truthfulness in terms of how the evidence came in.

[Rojo Metle-Nunoo] did not express a grievance here that they served tea and not biscuits. It was out of question and he answered truthfully.

“For the chair person to descend into such triviality which was brought on by cross-examination of her own counsel that shows the depth to which she has sunk.”

It was at this point that Chief Justice Anin Yeboah came to say “Mr. Tsikata the practice is that you lawyers draft affidavit in applications so please don’t let us go that far”.

Another Justice of the Court also said “Beyond that I would advise that you withdraw”.

Following this, Mr. Tsikata said “I withdraw the statement about the depth to which she has sunk. I apologize that I used unduly strong language and I apologize to the chairperson of the 1st respondent” 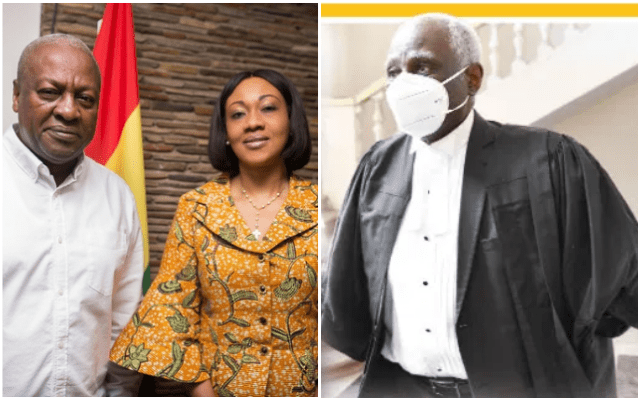