Abeiku Santana graduates with Masters in Tourism Management at UCC, see exclusive photos from his graduation 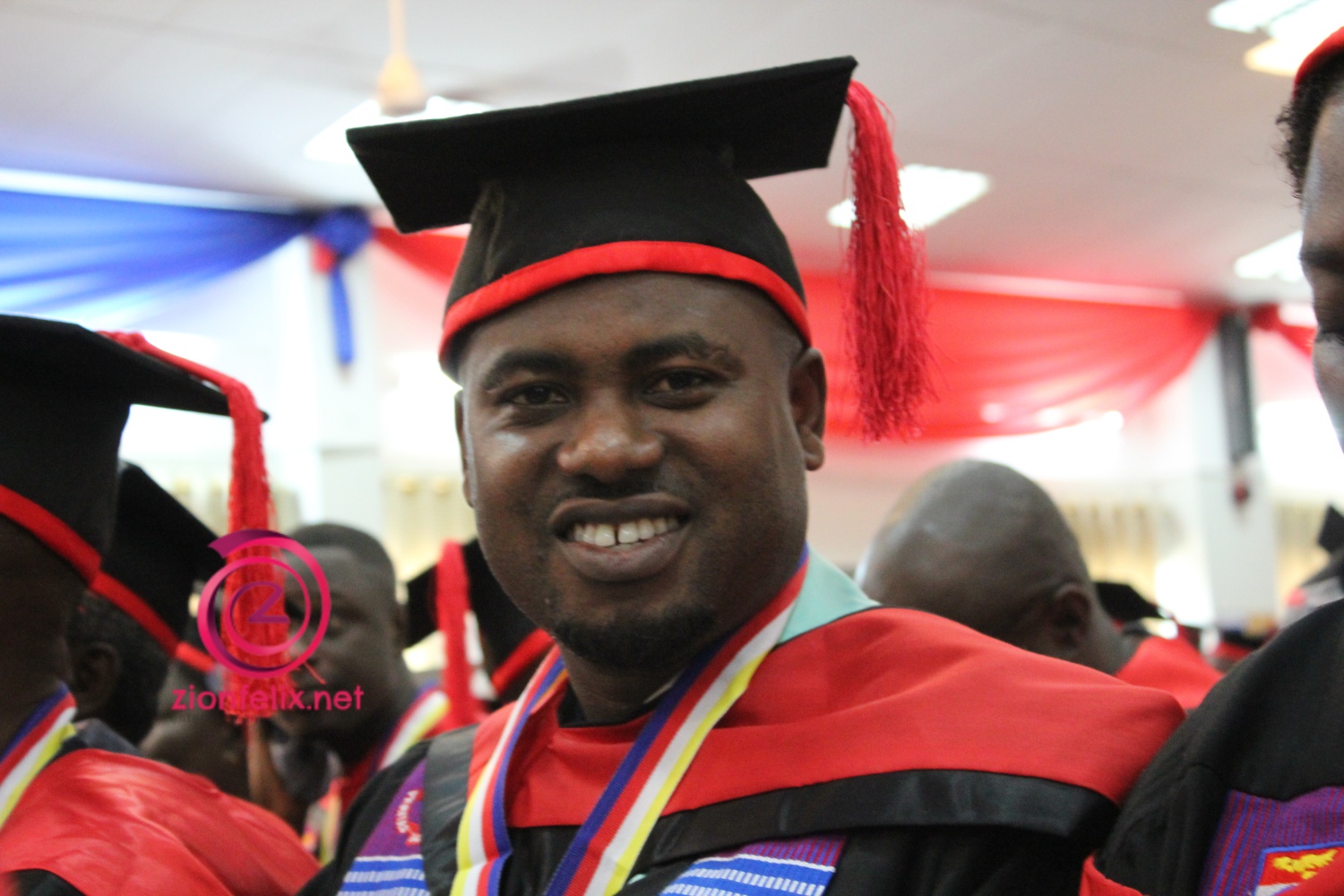 The Okay FM Drive Time host was one of the many students who graduated today, March 25 at the New Examination Center of UCC. Wife and parents of the TV and radio personality were at the event to support him during his graduation.

Abeiku speaking to Zionfelix.net on his graduation day at University of Cape Coast thanked God, family, friends and fans for supporting him till this now. To him, it is the love these people have shown him these years that has motivated him to attain this triumph. He promised to use what he learnt to help develop the nation.

Aside being known as a radio presenter, Abeiku Santana has achieved a B.A in Criminal Law, awarded to him at Rochville University (USA). And that is just one of the numerous accolades affixed to his name when it comes to his educational background.

Global leadership training, USA conferred on him Excellence in Media Leadership for his exceptional accomplishment as a Broadcast Journalist and a Radio Presenter par excellence in the presence of H.L. Justice Mrs. Georgina T. Wood, Chief Justice of the Republic of Ghana at the 7th More Than Conquerors West Africa Leadership Conference held in Accra.

His contribution towards the development of the youth in Saltpond his hometown, earned him an award from the Nkusukum Traditional Council. He describes himself as a Chief Encouragement Officer (C.E.O).

Abeiku Santana holds a Postgraduate Diploma in Public Administration from GIMPA and he has been inducted into the Chartered institute of Marketing Ghana since 2008. He holds an Honorary Doctorate Degree from Pan African Bible Seminar.

WATCH: Am married, so stay away – Brother Sammy

Rita Dominic Slays In All Black