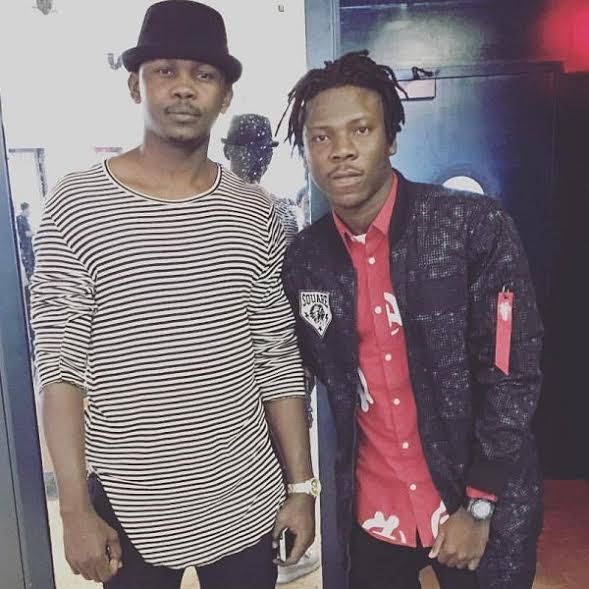 It is now clear that Ghanaian dancehall act, Stonebwoy, has a new Manager to steer his affairs.

In an interview during a charity work at his alma mater, Tema Methodist Day Senior High School, Stonebwoy confirmed that Road Manager and childhood friend Blakk Cedi is currently his official manager, bringing to rest speculations of the exit of his long time Manager, Carl Digiglo.

Carl had been managing Stonebwoy ever since the artiste moved from Samini’s High Grade Family to establish his own label, Burniton Music Group (BMG).

It is not too clear why Carl has left the BMG, but Stonebwoy believes his former road manager, and now Manager, Blakk Cedi has been a pillar of his career and is more than qualified to handle affairs.

“He’s played many roles and has taken his time to rise through the ranks in the Group,” so he is confident Blakk Cedi will be a good manager.

According to Stonebwoy, the relationship he has built with his team is unbreakable irrespective of unforseen events.

He assured his fans of stability in his camp, urging them to keep supporting him. Speculations were rife last week that Stonebwoy had broken ties with his former manager Carl and resident producer Beatz Dakay due to disagreements over percentage sharing.