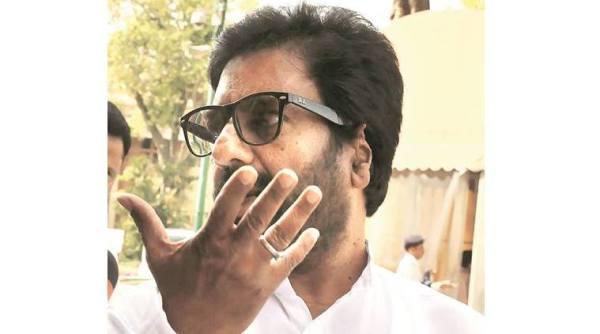 An Indian lawmaker who repeatedly beat an airline employee with a sandal after he was unable to get a business class seat has been banned by major Indian airlines on Friday.

According to Reuters, Indian police said on Friday they were launching an investigation into a Hindu-nationalist lawmaker Ravindra Gaikwad, a day after he acknowledged hitting an Air India official 25 times with his sandals in a row over a business class seat.

Gaikwad, from the Shiv Sena party, allies of India’s ruling BJP, did not apologize for Thursday’s confrontation and told reporters he had been badly treated.

“I hit him 25 times with my sandals … I hit an Air India employee … Let them complain,” he said in a video clip published by the Hindustan Times.
“I won’t apologize. It’s their fault … For what? When I have not made any mistake, why should I repent?,” Gaikwad told NDTV.

He said his office had booked a business class seat for him on a Pune-Delhi flight, and he was angry when he failed to get one.

He refused to leave his seat in protest after the plane landed and said he hit an Air India official who came on board to try and persuade him to move.

Air India said that service did not have any business class seats and Gaikwad’s refusal to leave had delayed other flights.

Delhi Police said they had registered a preliminary case against Gaikwad on Friday.

Air India and the Federation of Indian Airlines (FIA) – a body that includes India’s biggest carrier IndiGo, owned by InterGlobe Aviation, Jet Airways, SpiceJet and Go Air – said on Friday they had barred Gaikwad from their flights.

“Such customers are not welcome on our carriers and we seek the support of the government and security agencies to enforce … a ‘no fly’ list,” FIA added in a statement.

The incident triggered outrage on social media where #RavindraGaikwad was a top trending topic on Friday.

Are you feeling this new eyebrow trend?