Iyanya reveals strange things female fans do to him 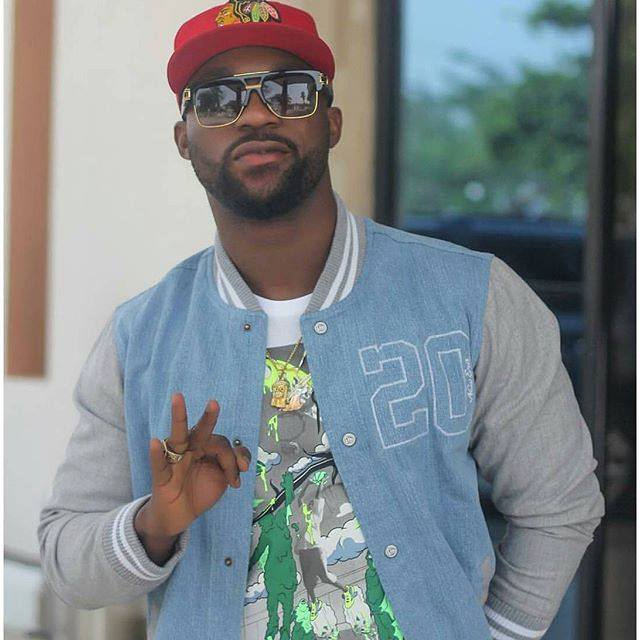 Few months after joining Don Jazzy’s Mavin Records, former Triple MG front man, Iyanya, is currently working on his Extended Play (EP) which he is expected to drop this month. The multiple-award winning artiste speaks with ADEWOYIN ADENIYI on why he left his former label which he co-owned, his decision to join Mavin Records, past relationship, among other issues. Excerpts.

Yeah the sound is different; shout out to Don Jazzy. I’m learning new stuff. You always think that you’re there, you always think you know it all until you start working with somebody who knows more than you and you see that you have more stuff to learn. So, I’m thankful, everything is fresh now.

Now that you’ve switched styles, aren’t you scared you might lose some of your fans?

Good music is good music. As long as you continue to drop good music, people who appreciate good music will continue to feel you. As I always say, my plan is to give the fans music that they will appreciate, not for three months but as long as the brand Iyanya is in existence. I want people to be like ‘yea, this is a good song’ every time I perform, not just trying to score hit. So I don’t think the fans have any problem with it because these are the same fans who tweet at us, the same fans who make videos doing challenges and stuffs.

Your Extended Play (EP) drops on March 28; what should your fans expect?

My EP is a fusion of both the new and old Iyanya. I have worked with new producers now. There’s reggae, highlife, RnB, there’s something for everybody on the EP.

Who are you collaborating with on the EP?

Yes, we have Tiwa Savage on it already; we are at that collaboration stage now; we are not done with collaborations yet.

How many tracks will be on the EP?

You have Roc Nation at your disposal; should we be expecting an international collaboration?

Can you shed more light on your visit to Roc Nation?

It was a great one. They were very happy to receive me. I mentioned a song earlier called World Class. That’s one of the songs they picked and I was very excited. Before we left their office, they were all singing the song.

So how do you feel collaborating with Jay Z’s label?

You know they have that platform where every artiste needs to reach out to the world. Roc Nation is a big movement, they will definitely add to my brand.

Looking back at the time you won Project Fame until now, was there a time you thought about giving up?

So many times. It took me about two years before I got Kukere because I just won Project Fame. And when I was in Project Fame, I thought that when I win Project Fame, I was going to do that RnB song and MTN would use their platform to promote that new sound but I discovered that even MTN want to do commercial. Of course after the competition, I did a couple of RnB songs and they went like, ‘look, you have to do what the street want’ and I was like, wow, so I was confused for a while that I even started selling stuffs at Obalende market.

Yea, I had my hood on and went in there and the guy that was picking stuff for me said No be you win Project Fame? I said no, not me, because I was trying to survive. After that Project Fame, everybody thought 2.5million naira was a big deal, till you get a whole lot and you realise it can’t really do a thing for you. So after that, I had more family and friends looking for money. Everybody just believed that I made it but I just started. Project Fame was just a kick-off.

How come you had to sell after winning Project Fame?

I’m not saying I had a shop oh! You know I did some small MTN shows. So I went to Obalende. I picked some stuffs and had it in my car and I would see somebody and be like, ‘hey man, I brought stuff oh’ (laughs). You know, it was funny some people would take stuff and won’t even know how to chase them for the money. At the end of the day, I had to take some Nigerian albums like Wande Coal’s M2M, Style Plus album too and all the popping Nigerian albums. I was listening to them word to word because I wanted to know how they did it and I also spent a lot of time with some already big artistes back then.

What is the craziest thing a female fan has done to you?

Female fans do a lot of things; they grab your balls, they scratch. I love what I’m doing and I know what comes with it, thank God for the grace to manage all that stuff.

Do you believe in love?

Yes, I believe people can find love, fall in love. You know, he who finds a wife finds a good thing.

As you said earlier, have you at a time found love and her parents rejected you?

Has the Yvonne Nelson’s experience cost you a lot?

I won’t say it cost me a lot. I will say it just makes people think that’s who I am. It just gave me that bad guy image. I’m not the kind of guy that thinks I owe social media explanation when my relationship goes bad; it’s not like social media is going to help you fix it but it’s going to make it worse. There are so many times I played the quiet guy and the girl does the talking and you know how people are.

So what’s your relationship with Yvonne now?

We are cool; we talk once in a while.

A lot of people thought you were going to float your own record label when you left Triple MG?

I figured out that at a point I needed to fix my music; it wasn’t about my label actually, it was about me dropping music. And guess what, the fans are not so crazy about labels, they are crazy about music. You can own twenty labels, if you’re not dropping music, they don’t really care. You know every time they play my songs on radio I’ll be like, ‘I can do better than this’ not because my songs are not good enough but because I just feel I can still do something better. That was why I talked with Don Jazzy. I don’t need to prove to anybody that I’m a boss. What I need to do is good music.

How soon should your fans be expecting Hold On video?

Yes, Hold On video is dropping pretty soon and we should also be dropping two, three more from the EP before the year runs out.

Can you describe your ideal woman?

It was alleged that you left triple MG because of Lilian Esoro.

No, I didn’t leave Triple MG because of Lilian. Lilian is such an amazing person. I left triple MG because it was time for me to leave; nobody signs a contract for life. It’s only in Nigeria that people think you have to be somebody for life and when you decide to leave the person they say they don break up, business dey get expiry date. Our contract was done, it was time for us to move on.

But you were a co-owner of the label…

I’m not allowed to talk about that aspect of the business.

Anybody can think anything but I know why I left.

You recently starred in a movie; are you looking at going fully into acting?

After this entire music thing, I’m going to be a proper movie director. I will go to America and enrol in film school.