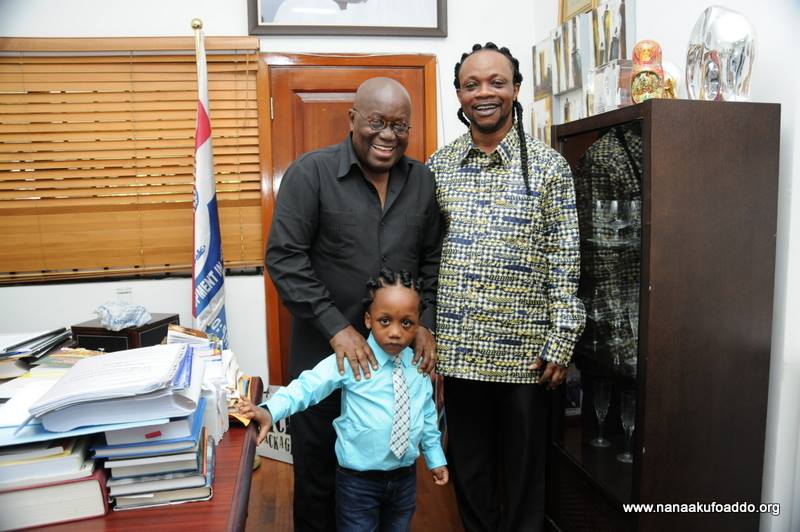 According to him, he had hopes Ghanaians would not disappoint the incumbent President after contesting three times in the presidential race.

Speaking on Abusua FM’s Abusua Nkommo hosted by Kwame Adinkrah, the veteran musician with thirty albums to his credit indicated that Ghanaians were fed up with the previous administration following the heightened hardship in the country.

Daddy Lumba who composed hit songs for the NPP during 2008, 2012 and 2016 elections respectively, said Nana Addo is a father for all Ghanaian citizens no matter their political affiliations.

He called on Ghanaians to live in harmony with one another to help the government push the country forward.

‘I had so much hope that Nana Addo was going to win the elections, Ghanaians were ready for change, everybody knows my loyalty to Nana Addo but he is father for all whether you are a member of the New Patriotic Party (NPP), Convention People’s Party (CPP), National Democratic Congress (NDC), Progressive People’s Party (PPP), People’s National Convention (PNC) etc. We are one people, just that some like NPP, others like NDC and PPP, my advise to Ghanaians which is a track on my album is to live in harmony,’ he pleaded.

The ‘Sika asem’ hit maker said he would be glad to die instead of Ghana collapsing adding that no untoward will befall Ghana.

‘People will not fight because of locally prepared rice, waakye, why would people fight when waakye is sold every where in the country, people love their waakye’, he laughed.

He stated that his new album titled ‘Biegya, Enko den’ which is receiving massive airplay will be out next week Monday.

He called on the government to implement policies that will push the entertainment and creative arts industry.

The nine songs on the album including a track for the Ghana Black Stars is aimed at encouraging them to go higher in bringing the ultimate trophy home. He expressed appreciation to Ghanaians for praying for him when he was sick.