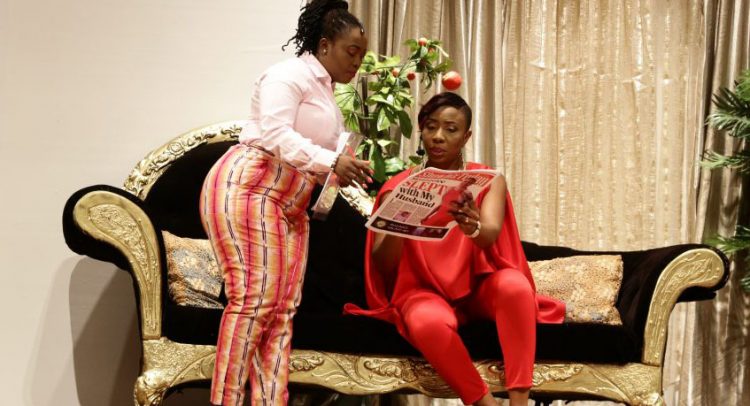 The National Theatre was a sea of colour, glamour and festivity Wednesday night as thousands of drama lovers thronged the facility for the premiere of Uncle Ebo Whyte’s latest play titled ‘Blackmail’.

Featuring 10 characters, the play mixes humour, suspense and class to tell a story of a determined wife, Mama Gifty, who despite her husband’s infidelity was committed to salvage her marriage from collapsing.

Impressed by the immaculacy with which the characters performed on stage, 25-year- old Lawrencia Annan in an interview with StarrFMonline.com said, “This is amazingly awesome and indescribable.”

“You have about 1,500 people to come to the theatre to watch a play; every one of them is at a different face in their own journey. So there is a storyline that would not resonate with somebody but it may resonate with another. So we did that so that, at least, by the time you leave here everybody would have found something that resonates with him,” he said.

Impressive scenes from the various actors and actresses of ‘Blackmail’ got the audience laughing off their seats, as a combination of musical acts and choreography sandwiched the drama on stage.

Roverman Productions – producers of ‘Blackmail’ – announced that the play will be showed on March 25 and April 1.