This Shocking Revelation About Stonebwoy Shows How Greedy He is 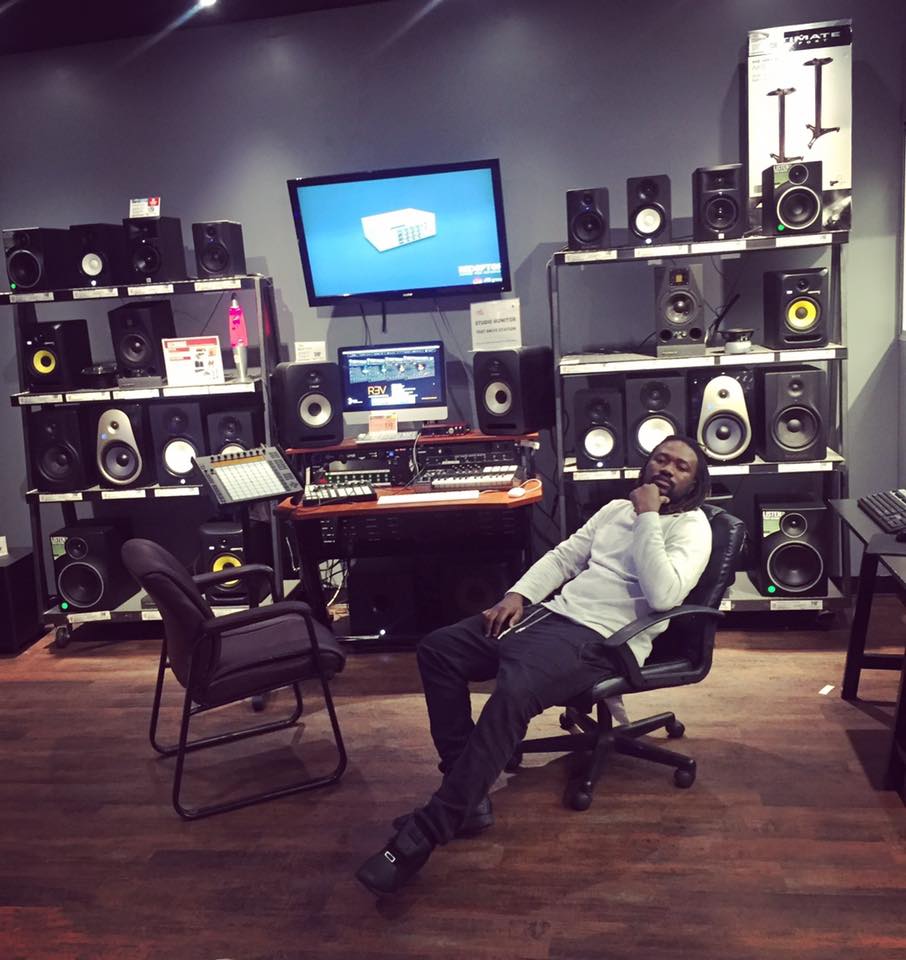 Music Producer BeatzDakay has broken his silence about the rift between himself and Dancehall artiste Stonebwoy.

In a lengthy Facebook post Wednesday Afternoon, the hitmaker said he met with the latter and his team recently to discuss some issues but “that meeting ended with Stonebwoy vandalizing my studio where most of his works were recorded.”

Dakay is the brain behind a number of hit songs by Stonebwoy.

Honesty is the best policy.
It’s quite unfortunate I have to put this out at this time because it’s so appalling seeing fabricated stories about Stonebwoy and I circulating and painting the wrong picture of me in the process.
The fact is for the past years ,I have sacrificed a lot to produce,record,direct,mix and master songs for Stonebwoy without taking a penny until he became relevant in the music scene and hence arrangement was made to pay me 5%,not only for my exclusive productions but also as a backup artiste.
It was reported in flex news paper that I demanded for 20% of earnings and also I am frustrated because I am broke and my family is having a hard time which are all false.
I only started getting 5% of the earnings when Management of Burniton Music Group sat down to apportion that to me as my share of profits from my work for Stonebwoy and Burniton Music Group. And even with that I never knew the round figure we make, to calculate my 5% to know if I’m getting exactly what they think i deserve.
It is true i raised concerns in adjustment of my 5% after about three (3) years of my services but never mentioned 20%.
We discussed this together and Stonebwoy resorted to see his lawyer to bring in contract which was a great idea, but terms and conditions in the contract were not favourable and also due to the hasty nature of the process i didn’t sign.
I knew I had not signed any contract yet,so i expected the previous agreement to still hold till we sign a new contract but was dismayed by Stonebwoy going ahead to put the terms in the contract to work. I went to his residence to discuss with him the turn of events and as a result of his utterances I knew it didn’t go down well with him. He later came to my studio with Blakk Cedi,who is his manager now, to have a meeting with me to discuss the issues at hand but that meeting ended with Stonebwoy vandalizing my studio where most of his works were recorded.
They came back after the damage to have another meeting with me with the aim of resolving issues and to apologize for his act.We came into new terms and by his words,I understood i can’t talk to him anymore over anything relating to work because there is Blakk Cedi who is his official manager to talk to.
I want fans who are speculating about my travels to know that I paid for all my travel expenses,being it visa fees and plane tickets whenever i travel outside to work with/for Stonebwoy if the host could not afford my ticket.
As walls have ears I think the reporter who wrote the story making rounds in the media did not get his/her facts accurate.
Truth is,I mixed and mastered “Enku Lenu” for a fee which was never the case before and it was produced by Awaga who has been my trainee/protege and still is,but I have allowed him to help Stonebwoy with his works in his newly built studio.
I have been sober on this,but lies can’t be hidden from the public’s eye, and the ugly misconceptions people have needs to be trashed.
I worked with Stonebwoy and the team for years and do not regret it. It has been a great learning process and I am much grateful to God for how far we have come.
I want Ghanaians and the rest of the world to know that my studio from its inception has been open for commercial use,and I am still very much open to work with any artiste who is ready to work with me.
Hence,my Record Label “TooEasy” which has been in existence before my BMG affiliation has been and is still dedicated to grooming artistes and music producers.
I therefore wish Burniton Music Group the best of luck in all their endeavors.

EDITORIAL: Why Artists Who Leave Ghana’s Showbiz Industry For Too Long, Come Back But Fail To Shine Again