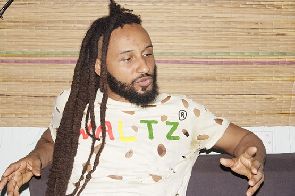 Musician, Wanlov the Kubolor has taken a bite on the ongoing campaign by some industry players for Socrate Safo to be considered a deputy minister of Tourism, Arts and Culture saying, the filmmaker is not worth the position.

Even before President Akufo-Addo nominated Catherine Ablema Afeku, the Member of Parliament (MP) for Evalue Jomoro-Gwira as minister, some stakeholders were rooting for Mr. Safo citing his achievements in the creative arts as the basis.

But Kubolor in an interview with Ghanaweb.com said the ‘Hot Fork’ producer is certainly not the right choice because he does not have what it takes to occupy the position.