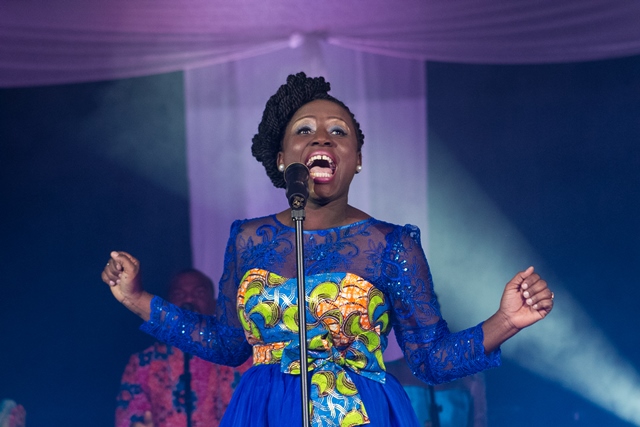 Renowned Ghanaian Gospel artiste Diana Hamilton has revealed that she spent almost GH¢8,500 to get her voice trained by a white professional in the UK.

According to her, it was a necessity for her to get her voice trained in order to get the best out of her when singing.

She explained that the idea was suggested by her UK manager Uncle Charles and Keyboardist Kwame Yeboah to go through vocal coaching because she was sounding nasal during her performances.

Speaking with Ike Da-Unpredictable on Abusua FM’s Drive, she explained that the white trainer also remarked that she had a beautiful voice but sounded nasal.

Diana indicated that she was rejected by Kwame Yeboah when she approached to work with him on one of her albums because of her nasal voice.

‘My manager recommended a white trainer to me, the trainer quoted £70.00 per hour but later charged £65.00 provided I was willing to go through the ten lessons. So I booked ten lessons and later booked another set of twelve, so in all I went through twenty two lessons, I was a bit reluctant but later had to take the advise.

I spent almost GH¢8,500 on the voice training. The training was tough but I had to go through it and I must say it has been helpful, I enjoyed the training. The trainer pegged my nose so that I could sing through my stomach and not my nose, that was when I realised that I sounded nasal,’ she remarked.

The ‘Nsi wo ye’ hit maker disclosed that she is saving some money to go back to the voice training lessons before her next album indicating that it has improved her voice pitching and that she has stopped sounding nasal.

According to her, people have started complimenting her voice delivery after the training expressing appreciation to God for the blessings.
This Story Was First Published On Ultimatefmonline.com