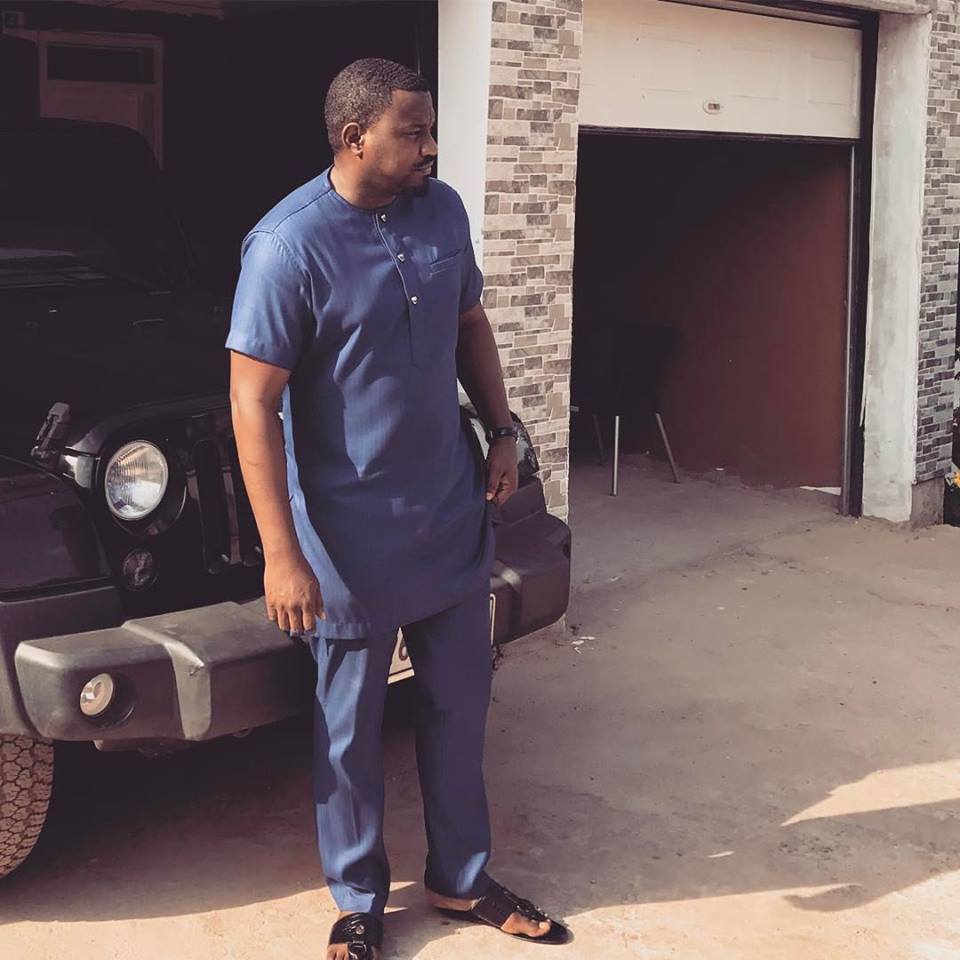 According to several reports on news portals on Friday, John Dumelo, a Ghanaian actor who staunchly campaign for Ghana’s opposition party, NDC reportedly stole a V8 vehicle belonging to state and had been grabbed by the National Security.

Below are 10 facts about the incidence, penned down by one Jerry Amponsah on Facebook and it reads as unedited;

1. He sent one of the cars to a spraying shop to spray it.

2. Since the car was very new which doesn’t need any new spray under normal circumstances, one of the workers gave a tip off to the Task Force in charge of retrieving state missing cars.

3. The task force came and asked who brought the car for spraying. They answered John Dumelo.

4. The task force asked them to call him they have finished spraying so he should come for it without revealing to him they are around.

5. When Dumelo came and was questioned about the car, he claimed he bought it from SVANI LTD, and that he is still paying.

6. A search showed that from the chassis number the car belongs to the national security.

7. Later he changed his story that it was given to him by Lordina Mahama. When they tried to call Lordina to confirm, he apologized to them to stop.

8. Dude later begged them to end the story so they cover up. The task force refused.

9. Apparently, he has two of those V8s cars he has been using all belonging to the state. One is with his girlfriend who is on holidays in the UK.

10. Conclusion: John Dumelo has stolen a state vehicle. He is a thief!