Despite being hugely popular in the industry, Mia Khalifa says she only made $17,000 for her videos from adult website BangBros, and hasn’t received any money from them since.

“I just want BangBros to stop actively putting me in harm’s way by promoting my 6-year-old videos like they’re new, making millions of ppl think I’m still active,” she wrote on Twitter.

To this day, Khalifa continues to seek therapy for trauma, emotional distress and the consequences of bullying, according to the petition organisers.

They’re just taunting her life, and according to her, she can’t even go outside without watching her back. All because of a bad decision she made when she was young. The last time I watched her interview on BBC I felt sorry for her. She can’t have a normal life anymore.

Guys this is a lesson to us all, that whatever decisions you make in the past can come back and hunt you some day. What happened to Mia can happen to any of us out there so let’s be careful of how we live our lives today. 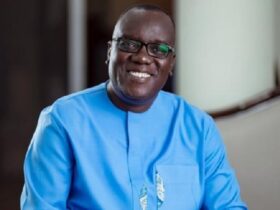