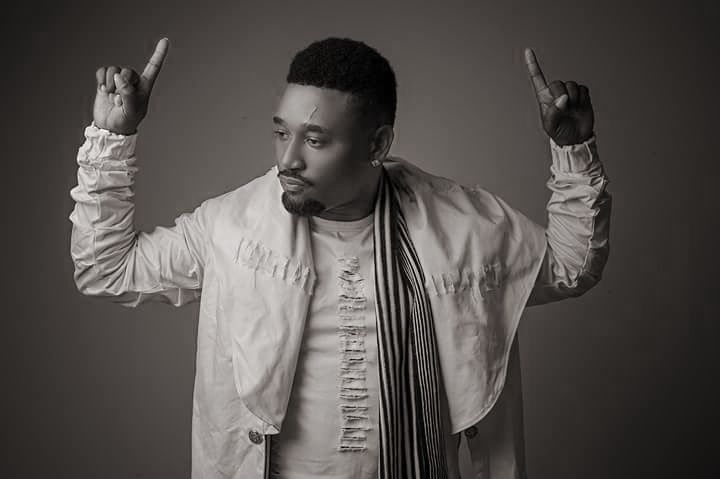 Rapper Quata has lashed out at fellow rapper Sarkodie.

In Facebook post Monday morning, the former called the latter a ‘coward’ and promised to “bring Death to Sark and his whole crew.”

It is believed Sarkodie throwing shots at unnamed rappers for trying to use his name to get popular on his new song ‘SHOUT‘ is the reason behind the threat.

In recent interviews, Quata complained about Sarkodie refusing to collaborate with him mainly because he (Sarkodie) was scared.

“Finally the Coward Sark, grew some balls to throw shots at me….interesting…. Time to bring Death to Sark and his whole crew…. Dedey bring me cow from North, make i cut in Beef give am…i dont think this weak ass mind is ready for this…Sarkodie cut wrong meat, but hego chop am……From da Beef Dr…Quata Budukusu” 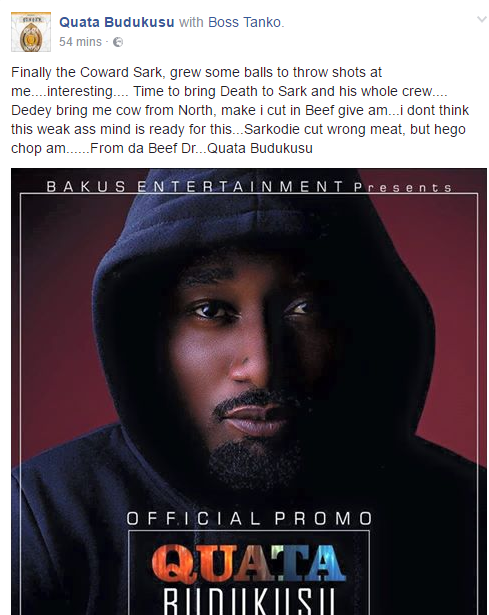 Listen to Sarkodie’s song below.

This Story Was First Published On Livefmghana.com

(Photos)Yemi Alade ditches her signature hairstyle for something different